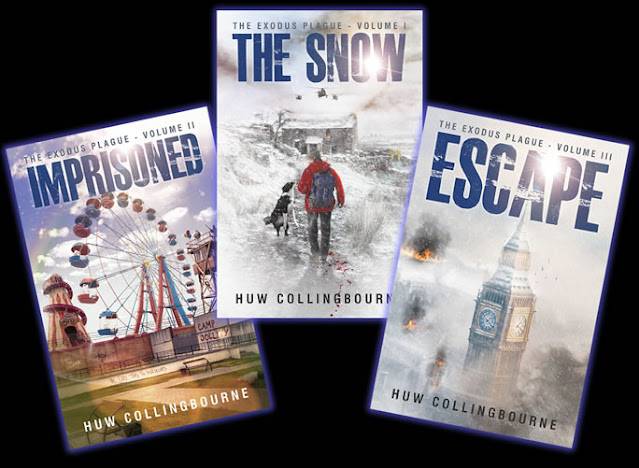 It came with the snow. Overnight the world changed. Snowbound, in an isolated cottage, Jonathan Richards wakes from illness to discover that the world he knew has gone.

I began writing this trilogy of novels about two years ago, at a time when the idea of a global pandemic seemed purely within the realms of fiction. Well, just to show that truth can sometimes be as strange (almost!) as fiction, we have now all had to learn to live with a pandemic. However, try to imagine how much worse it could have been – or, one day, still might be! That is the story of The Exodus Plague.

Book 1, ‘The Snow’ tells the story of a devastating blizzard that brings Britain to a standstill. But worse is yet to come. Because, with the snow comes something else. Something that will turn Britain into a kill-or-be-killed country where only the ruthless will survive.

Book 2, ‘Imprisoned’ takes you into a post-pandemic world in which some communities struggle to resume normal life. But what is normality? Why are there still students in Cambridge university while in the seaside resort of Stony Cove, a derelict holiday camp is under Army control?

Book 3, ‘Escape’ tells another story that begins in snowbound London before taking the reader into the heart of darkness of the devastated British countryside. The novel starts  as Justin Davenant wakes to hear something clawing at the front door, trying to get in!

Welcome to The Exodus Plague! 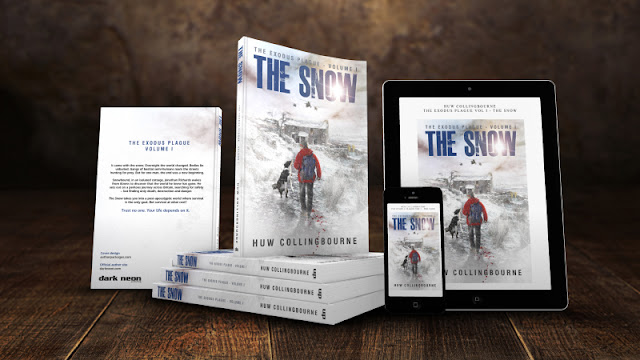 Posted by Huw Collingbourne at 04:39