In 2016, Keith A Pearson wrote a time-travel novel called The ’86 Fix which takes its hero back to 1986. After briefly trying to get a conventional publishing deal, Keith decided to go it alone and publish the book himself. Good decision. The ’86 Fix rapidly became a best-seller and currently has over 1,100 reviews on Amazon. Since publishing his first book, Keith has written another eight books and is planning another three novels this year alone. Here Keith tells me about his surprisingly rapid rise to success.

It’s less than five years since you published your first book. You’ve been remarkably busy and remarkably successful since then. Tell us about it!

Three years, three months, and eighteen days have passed since I first clicked that ‘publish’ button. At the time I didn’t harbour any great ambition to become an author – I simply wanted to tick a box on a bucket list. Today, I’m nearing the end of my ninth novel and I write full-time. Thinking back, I could never have envisaged how that single click would change my life so dramatically.

Initially you went the ‘traditional’ route by trying to get a book deal via a literary agent. What was that experience like and when did you decided that it would be better to go it alone?

I think I emailed a dozen agents and two or three publishers. Being honest, I’m not a patient person and I only waited a few weeks before deciding to self-publish. The first rejection came in two weeks later. Ten months after I published my first novel, I received an unsolicited offer from a major publishing house – I declined it for several reasons but primarily because it made no sense financially. 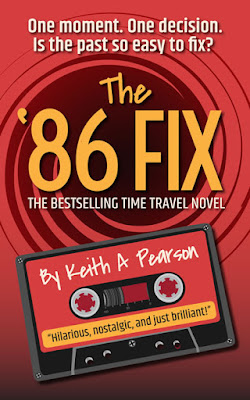 Your books often go back to the 1980s and sometimes earlier. Are they based on what you remember of the time or have you had to research the period?

I was a teenager in the ’80s so it’ll always be a period close to my heart. Much of what I write about that period is based upon my own experiences (which remain fresh in the mind), although my first novel did include a cripplingly awkward scene in which the protagonist loses his virginity – I’m taking the fifth amendment on that one! For my seventh novel, Tuned Out, large parts of the plot were set in 1969 so I spent an inordinate amount of time researching as I wasn’t around at the time.

How do you go about writing? Do you set yourself a target of so many words per day?

Prior to my writing career I worked from home as a freelance web marketing consultant so the transition was seamless in that I already had an office set up at home. I have a daily target of 1,500 words and I write every single day whether I’m in the mood or not – it pays the bills so it’s imperative I treat it with the same discipline as any other job.

You finally quit your ‘day job’ last year to concentrate on writing. That’s a big step for anyone.  At what point did you realise that you could make a profitable career from writing?

I maintained both jobs for three years and although I don’t think there was a specific moment of realisation, in the summer of 2019 I came to the conclusion something had to give. Writing requires absolute focus and it was becoming increasingly difficult to maintain focus while answering calls and emails from clients.

Do you have other people to help you? For example, with proofreading, book layout and formatting, cover design and so on?

I use an editor but that’s it – I do everything myself. Perhaps I’m a bit of a control freak and that’s why being self-publishing works so well for me. I don’t have deadlines and I don’t have anyone telling me what I can or cannot write about.

The covers of your books are quite unusual. I’ve heard so many self-publishing ‘experts’ tell writers that they must get their covers designed in a way that fits in with the standards of the genre – so that they look like books by other authors. But your covers don’t really look like anyone else’s. Was this a deliberate decision? What are your thoughts on novel covers in general?

As a general rule, you should never design your own covers but that’s exactly what I do. However, I have twenty-odd years’ experience in graphic design and marketing so I’m perhaps more qualified than most. As for the style, my novels don’t tend to conform to accepted conventions so I take the same view with the covers. If you want to stand out in a crowded marketplace, you absolutely have to inject some individuality. 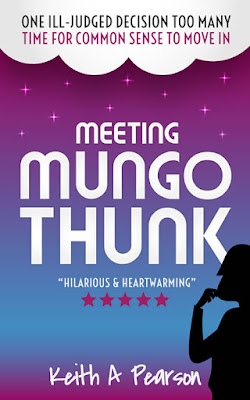 How long did it take you to find readers and how did you do it?

It didn’t take long for The ’86 Fix to gain traction but there was no great marketing campaign behind its success; it was simply down to positioning. I knew the audience I wanted to reach and I wrote that book for them. I didn’t care that anyone under the age of forty or readers outside of the UK wouldn’t understand the nostalgia or the cultural references – I simply wrote a book which resonated with my target audience. Consequently, they did most of the marketing for me.

Advertising-wise, I do next to nothing. The only promotions I run are instigated by Amazon, such as Kindle Countdown deals and Prime Reading. My sales are virtually all organic so I’m not ideally placed to offer advice on advertising.

What do you do for promotion (e.g. Blog tours, Bookbub, social media etc.)?

I’ve had one Bookbub deal but that’s as far as my advertising goes. I use Facebook and Twitter to engage with my readers although I only have a relatively small following. For someone from a marketing background, I’ve been incredibly lapse in my marketing and advertising efforts. Perhaps the lack of necessity is a good thing.

There are lots of people selling books and courses on how to succeed as an independent publisher. Have you ever bought any of these that you found useful?

I’ve been tempted to try a few courses but they’re expensive and I’m tight-fisted. Also, I’ve got this far by ignoring the rules and I’m therefore less inclined to adopt a ‘cookie cutter’ methodology most of these courses promote. If everyone is using the same strategies, how do you stand out?

You’ve got a ton of reviews on Amazon. What’s the secret?

At the end of every book I make it clear I’m an indie author, and I can only complete with the big publishing houses with the help of my readers. I politely ask them to spare a few minutes to leave a review and thankfully, many do.

When did you start releasing audiobooks? Are audiobooks really worth all the hassle and the expense?

I have a publishing deal with WF Howes for audiobooks so I don’t have to get involved with the production. Having seen the sales numbers, I’m glad I didn’t produce my own audiobooks. The time and investment wouldn’t have been justified.

What are your plans for the future?

I’m hoping to release three novels in 2020, which would take my inventory to eleven titles. The grand plan is to get to twenty titles as quickly as I can, and at that point I’ll slow down a bit. Of all the advice I’ve ever read about publishing, there is one piece of advice I absolutely agree with – the more books you write, the more success you’ll enjoy. 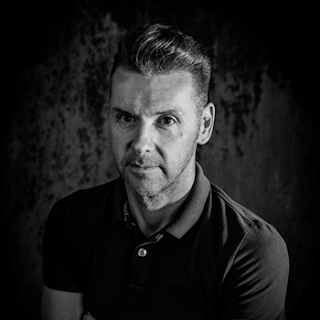 Keith A Pearson released his first novel, The '86 Fix, in October 2016. Much to his surprise, it went on to become an Amazon bestseller and a follow-up soon followed. Keith is about to release his ninth novel and now writes full-time from his home in Hampshire.