What is post-apocalyptic fiction? And why do we enjoy it…?

Several of the authors who’ve been interviewed for this blog write post-apocalyptic fiction. I too have written a post-apocalyptic series, The Exodus Plague. So what is the attraction of writing, and reading, about the worst things we can imagine?

Post-apocalyptic fiction takes us into a world that has gone out of control. This sort of fiction tries to imagine the worst-case scenario – and then it takes one step further into the abyss. What if a disease were so deadly and so infectious that it killed most of the earth’s population? What if the crops failed? What would happen if cultivated but deadly plants went on the rampage just as almost everyone in the world became blind? 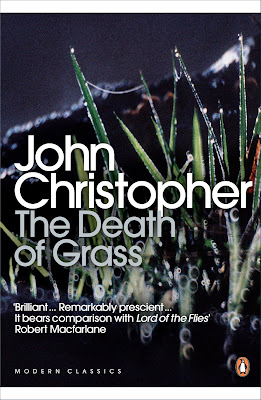 Speculative fiction has, at various times, imagined all these possibilities. George R. Stewart described a world depopulated by disease in ‘Earth Abides’ way back in 1949. A global crop failure formed the basis of John Christopher’s 1956 novel, ‘The Death Of Grass’. And the deadly plants in a blind world are, of course, central to John Wyndham’s classic 1951 novel, ‘The Day Of The Triffids’.

It might seem odd that so many of us would choose to read, for pleasure, stories about global catastrophes. And yet, horrific fiction has an almost universal appeal. Probably one of the pleasures of reading this sort of fiction derives from the fact that, just like a nightmare, we can emerge from it unscathed. We wake from the nightmare or put down the book and realise that the world in which we actually live isn’t quite as bad as the imagined world we’ve left behind.

If vampires and werewolves were real we would probably not be at all pleased to find ourselves locked inside a castle with one of them. But in fiction, we can enjoy the pleasure of watching other people dealing with horrific situations while we are quite safe, sitting next to a warm fire with the cat on our lap and a glass of wine ready to hand.

Another feature of most post-apocalyptic fiction is that the stories concentrate not on the global catastrophe itself (which might depress the reader rather than entertain) but on the experiences of individuals trying to get on with daily life in exceptionally difficult circumstances. 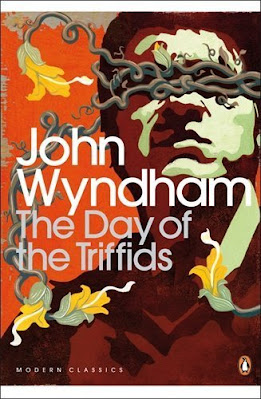 The classic post-apocalyptic books I mentioned earlier – ‘Earth Abides’, ‘The Death Of Grass’ and ‘The Day Of The Triffids’ – were all written in the 1940s and 1950s. It is easy to imagine why the apocalypse might have been on people’s minds at that time. After the Second World War, most readers would have had personal experience of a real-life global catastrophe. When that war ended, a number of others sprung up in Malaya, French Indochina (leading to the Vietnam War), Korea and elsewhere. Meanwhile, the Cold War was getting ever frostier as people wondered whether nuclear Armageddon might be about to be unleashed upon the world.

That may explain the attraction of this genre in the middle of the 20th Century. But why is post-apocalyptic fiction still popular now, in the 21st century?

The trivial answer would be something along the lines of – oh, but we have new fears now: global warming, ocean acidification, tensions between Korea or Russia and the UK or USA, pollution, genetic modification, fake news, cross-species diseases and so on…

But maybe there is more to it than that. One of our greatest fears is, I think, is our reliance on technology. On the one hand, we fear that technology may be used against us: our mobile phones can be used to track us, our Internet profiles make it easy for criminals to find out who we are, where we are, what jobs we do, the names of our pets, and even more intimate information if we aren’t very careful! On the other hand, our lives are so dependent on technology – computers, phone networks, electricity, powered vehicles – that we would feel helpless without it. Without our phones, how would we contact people? Without the Internet, how would we find up-to-date information or download eBooks or place orders with online retailers? Without ready access to our doctors and hospitals, how we would stay healthy? Without biologically engineered vaccines, how would we combat emerging diseases?

The entire infrastructure of our world depends on technology. Sometimes it’s scary when we have it. But it would be even scarier if it were all to disappear. 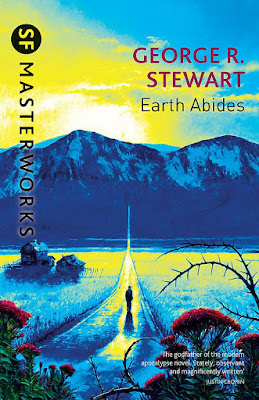 There are many possible things that might destroy our technologically-centred lives, and writers have used all of them – EMP (Electro Magnetic Pulses, either manmade or generated by a phenomenon such as a solar flare), catastrophic climate change, nuclear war, mega-earthquakes or meteor strikes, natural or laboratory-created pandemics. Overnight, society as we know it is destroyed. This is such a terrifying possibility that, in our everyday life, it is altogether simpler to avoid even thinking about it. But, just like all our darkest thoughts, sometimes it can be curiously pleasant to experience the nightmare – and then wake up from it.

Posted by Huw Collingbourne at 04:04

Email ThisBlogThis!Share to TwitterShare to FacebookShare to Pinterest
Labels: post-apocalyptic