Chris Limb is an independently published author who has written both fiction and factual books. His first self-published book documented the effects of the singer, Toyah, on his life from the 1980s onwards. He latest fiction book Comeback will soon be published by the crowd-funding publisher, Unbound. Here Chris tells me about his experiences in self-publishing and crowd-funded publishing. 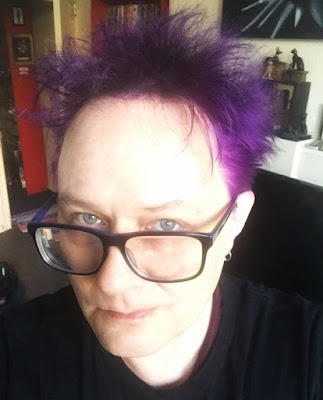 Can you tell me a bit about your publishing history? What was the first book you published?

The first book I published was "I Was  Teenage Toyah Fan". I'd been blogging regularly for a while, always finding different subjects to write about. I started writing blog entries about my experiences as a Toyah fan in the early 1980s and quickly discovered that these were proving very popular - and that there was probably enough to say about the subject to fill a book rather than a blog. 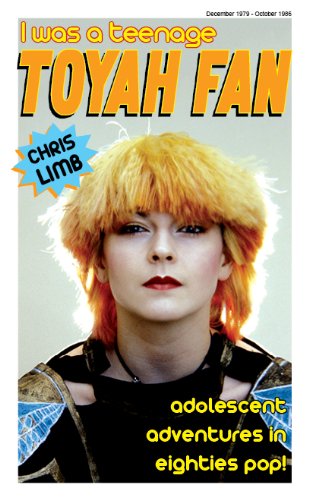 Why did you decide to self-publish? Had you tried to publish with a ‘conventional’ publisher or did you know from the outset that you wanted to go it alone?

I did ask around about agents and publishers when I first came up with the idea of expanding these blog entries but it was very difficult to get anyone to even respond or acknowledge my approaches. However, this was at the time when publishing - and in particular Print On Demand - was beginning to take off. So I decided to go down that route.

What has been the best thing about self-publishing?

I think the main advantage is the speed - if you dedicate yourself to a project you can get it out there incredibly quickly rather than having to wait for the sometimes glacial wheels of the publishing industry to turn. Furthermore as I have experience in graphic design for print (one of my main skills when freelancing) so I have been able to design covers and typeset internal layouts to professional standards.

I think the main issues are:

You recently took a different route to publication. I think that involved some kind of crowd-funding, didn’t it? Why did you decide to do that?

The crowd-funding model wasn't initially my decision. With my fiction I was trying to go down a more traditional route, and so was submitting short stories to anthologies and (online) magazines. I think it's because that way there is some kind of quality control - in order to be published you do need to be read by an editor or the person compiling the anthology. I was quite lucky in that respect;  I had my first short story published in 2013 and a number over the next few years (which I did then collect in a self-published collection "The Demon Face").  I learned a lot from my interaction with editors and I think my writing improved as a result.

With respect to novels, I continually submitted to agents and traditional publishers - a slow process as many specify that you can't submit simultaneously. This meant several years were eaten up waiting to hear back from publishers' open submission periods for instance.

Unbound were one of the publishers I pitched to - and unlike the others they said yes! They have a unique business model - when they accept a manuscript for publication (and I understand that acceptance isn't a foregone conclusion) they then run a crowd-fund to raise the money for their production costs. People can pre-order the book at various "pledge" levels (which means they get certain additional rewards). 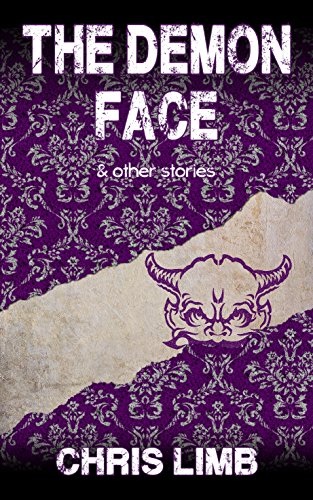 What is your business relationship with Unbound? Do they take care of all the marketing and so on? Do you work on a royalties basis? Why is this a more attractive option than just publishing direct (via Amazon KDP or Lulu)?

I suppose basically they are my publisher. If you set the crowd-funding aspect aside (which is them covering their costs of production) they do pretty much everything a regular publishing house would do for me from both structural and copy editing (which I have just completed) to typesetting, cover design, printing, marketing and distribution, and they do work on a royalties basis.

Of course these days all authors need to do a lot of marketing themselves whether trad or self-published; so aside from the production I think it's the distribution that Unbound take care of which is a big plus for me.

I had been trying to get my fiction published in a more traditional way anyway - as I mentioned I preferred it because it meant an editor / compiler would be passing an unbiased eye over my manuscript - so anything which was accepted meant that at least one other person thought it was worth reading! The novel was submitted to a number of publishing houses during their open submission periods. Another advantage Unbound has over other trad publishers is that they don't require you to submit through an agent.

How has this worked out so far? Better or worse than just releasing a print-on-demand book?

Well it worked out in the end as I hit my pledge target in August 2019 after two years. It’s much better than print-on-demand as now that the book is in production it will be distributed the traditional way and appear in bookshops such as Waterstones or WH Smith. I suppose the main disadvantage is that it can take a long time to hit the target whereas with print-on-demand you can go as soon as you are ready.

Also there is still a degree of confusion with regard to the crowd-funding process - there are a couple of questions several people have asked me - "What do you need all that money for?" and "Why not just get a bank loan?" - as I think the concept of the publisher raising production costs beforehand is still quite a new one to people, and they don't realise that the money isn't being raised for me...

Do you do any advertising or marketing? If so, what?

With the self-published books I generally do all my marketing via social media which has varying success. With the Toyah book I was very lucky as there was an audience for it already. It was more difficult with my short story collection as that was an unknown quantity to many people - plus you have to be careful not to bore them with constant tweets! For the eBooks I found having it available free for a short period did boost sales afterwards as it raised the books' profile.

Do you write fiction in a specific genre? Do you think it is easier to find an audience if they are already looking for a “specific types” of novel?

Yes indeed, I think in general it is easier for genre books to find an audience as genre readers can be enthusiastic readers and are often on the lookout for something new to get stuck into. Once upon a time that would have been by looking on particular shelves in bookshops or libraries - now that can also be done by subscribing to book bloggers and reviewers.

I do write in particular genres - (urban) fantasy, horror and science fiction, although there is a bleed between the three and one or two of my ostensibly "horror" tales - including the first short story I had published - have no supernatural elements whatsoever so could actually happen in real life. My forthcoming novel Comeback is Urban Fantasy.

As a writer it is easier to find a home for short stories when writing in genre - calls for anthologies or magazine submissions are usually themed. I would imagine that it is easier to target audiences for novels too although I haven't had to do that yet aside from when submitting my novel to publishers' open submission periods - it did have to be publishers who specialised in SFF!

When self-publishing I think the way to go with genre fiction novels is to send copies to book bloggers and / or reviewers who specialise in certain genres and already have an audience who will be by definition on the lookout for that kind of novel. Plus organisations such as the British Fantasy Society do review independent or self-published books sent to them (and despite the name do cover SF and Horror as well as fantasy). A good review from them is always a plus.

Do you work with any other ‘freelancers’ – say editors, proof-readers or cover designers?

Not when self-publishing, yet. I can see the advantage in doing so though - in particular,  no matter how much you might think you are concentrating, typos will always slip through when you are so familiar with the text. And following on from my comments above I think editors are very important so even though I haven't self-published fiction (aside from my collection of short stories which had all been through the editing process prior to being published elsewhere) I would definitely consider doing so.

What would you do differently if you were publishing your first book all over again today?

Following on from the previous question I might indeed hire an editor and proof-reader to give the text a going over to make it better. Also I think I would have started earlier and fleshed the book out a little as it is quite a slim volume!

What have you got planned next?

The main thing will be plugging my novel "Comeback" when it comes out with Unbound in April 2020 and then seeing if they are interested in the (already written) sequel. If they are, that will mean another crowd-fund, but hopefully not as long a one!

Posted by Huw Collingbourne at 02:55